Ok
We use our own and third part cookies to improve your experience and our services. If you continue browsing, you are deemed to accept the use.
For more informations check our Cookie Policy
Log in | Register
About us

A regularly enhanced range is on offer that draws on our experience and receptivity.
A production system designed to convey a sophisticated yet efficient service.
Explore our Story, Numbers and Brands. Discover our world. 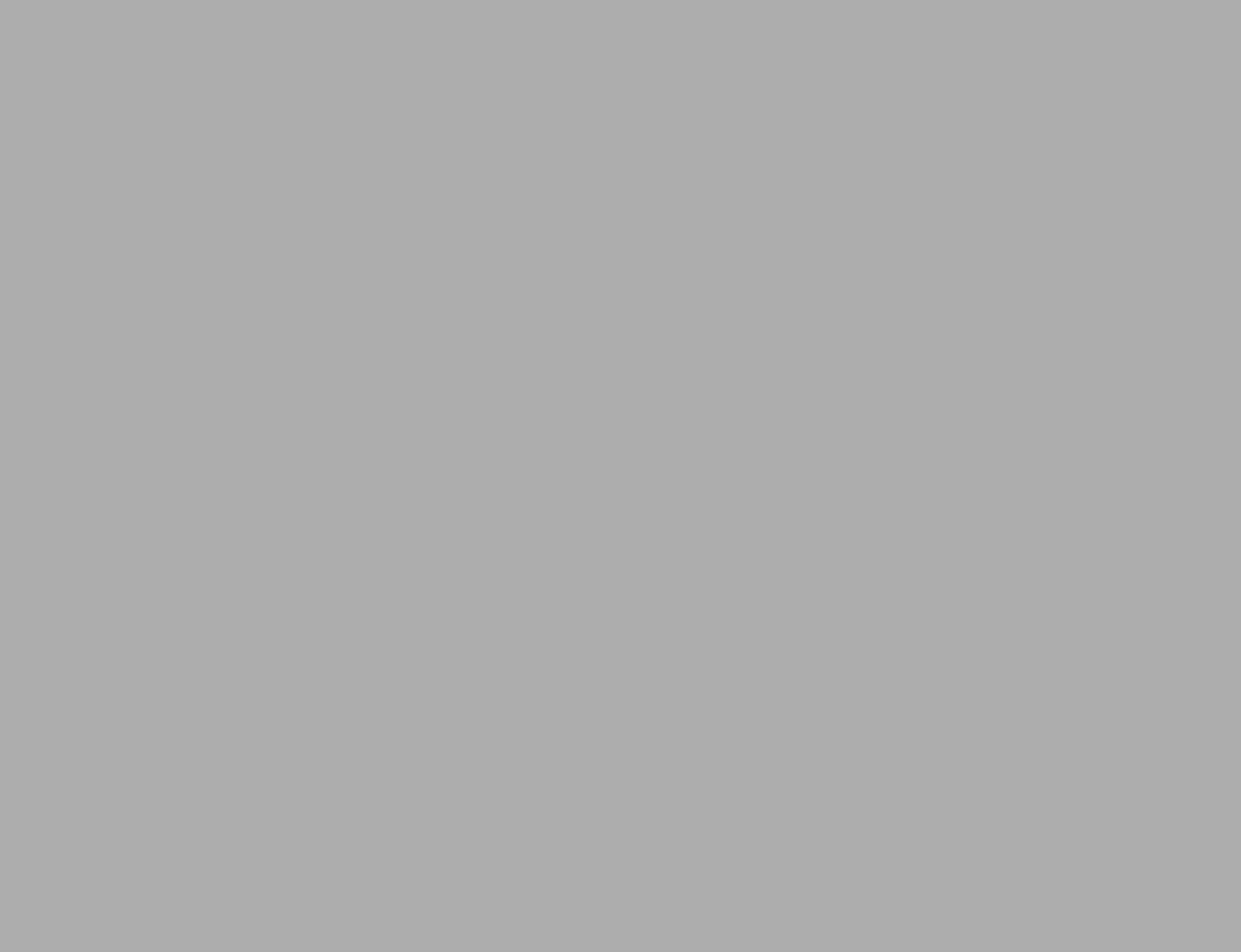 1974
New commercial agreements with Switzerland, Holland and Belgium
ABC takes steps to develop its market in these countries, reflecting a new internationalization strategy

1976
Warehouse facility and Washing Centre open in Kabul
A centre dedicated to the research and development of special washes for wool, resulting in the material's greater gloss and softness, opens in Kabul.

1979
Transfer to Frankfurt
The company moves to Frankfurt, following the Soviet-Afghan War.

1980
Warehouse Facility in Zurich opens, fostering distribution to all European countries
Endorsed by the specific request of Swiss clients, a shop in Zurich is opened as the hub for european business.

1982
Development of US and Canadian markets
A strong commercial strategy aimed at the North American market takes off.

1982
Development of Asian market
Production expands to other areas of Asia: China, Iran and India.

1988
Production site in Gansu, China is launched
ABC launches its production facility in the Gansu province, an area renowned for its fine wools and its century-long tradition and culture in textiles.

1989
A logistic hub is opened in Italy
ABC opens its first distribution facility in Italy.

1990
The Ozebki Collection is launched
Manufacturing facilities are developed thanks to the experience of Afghan refugees in Pakistan as expert craftsmen and weavers. The history of Afghan carpets has turned a corner. The productions known as Refugee Carpets have brought hope to a great number of families and make up a proud part of the company's history.

1992
A Washing and Restoration Centre opens in Beijing

1993
Division for Chain Stores and large distribution
ABC continues in its expansion developing an ad-hoc division focused on the mass retail channel.

1997
Corporate code of conduct is implemented
Amini's code of conduct, in place since its foundation,is formalized in a code for all the branches of the company.

1998
Distribution in South America
ABC develops its business in Brazil and Mexico.

2000
Multi-brand strategy is introduced
ABC adopts a multi-brand strategy that will go on to lead to the company's present commercial proposal, divided into 4 distinct brands to express different visions, styles and cultures of carpets, rugs and looms.

2007
New logistic hub opens in Italy
ABC opens a new and strategic 20,000 sqm hub for international clients on the outskirts of Milan.

2008
Launch of Machine Made Carpet Collections
The company decides to widen its collection with the introduction of a machine-made carpet brand. The traditional hand-knotted carpet and rug production continues and remains strong over time

2014
Launch of the brand AMINI
The brand AMINI is launched with a communication strategy aimed at the Design sector.

2017
Woven Forms Exhibition at the Biennale D’arte in Venice
ABC creates tomorrow's collection classics in an important collaboration with the New York based R and Company , whose objects are highly sought after and are the symbol of contemporary art.
Our company in numbers

75.000 sqm of carpets readily available in the warehouse storage facility, 3.000.000 pieces sent worldwide per year,
over 25% of our production is bespoke. 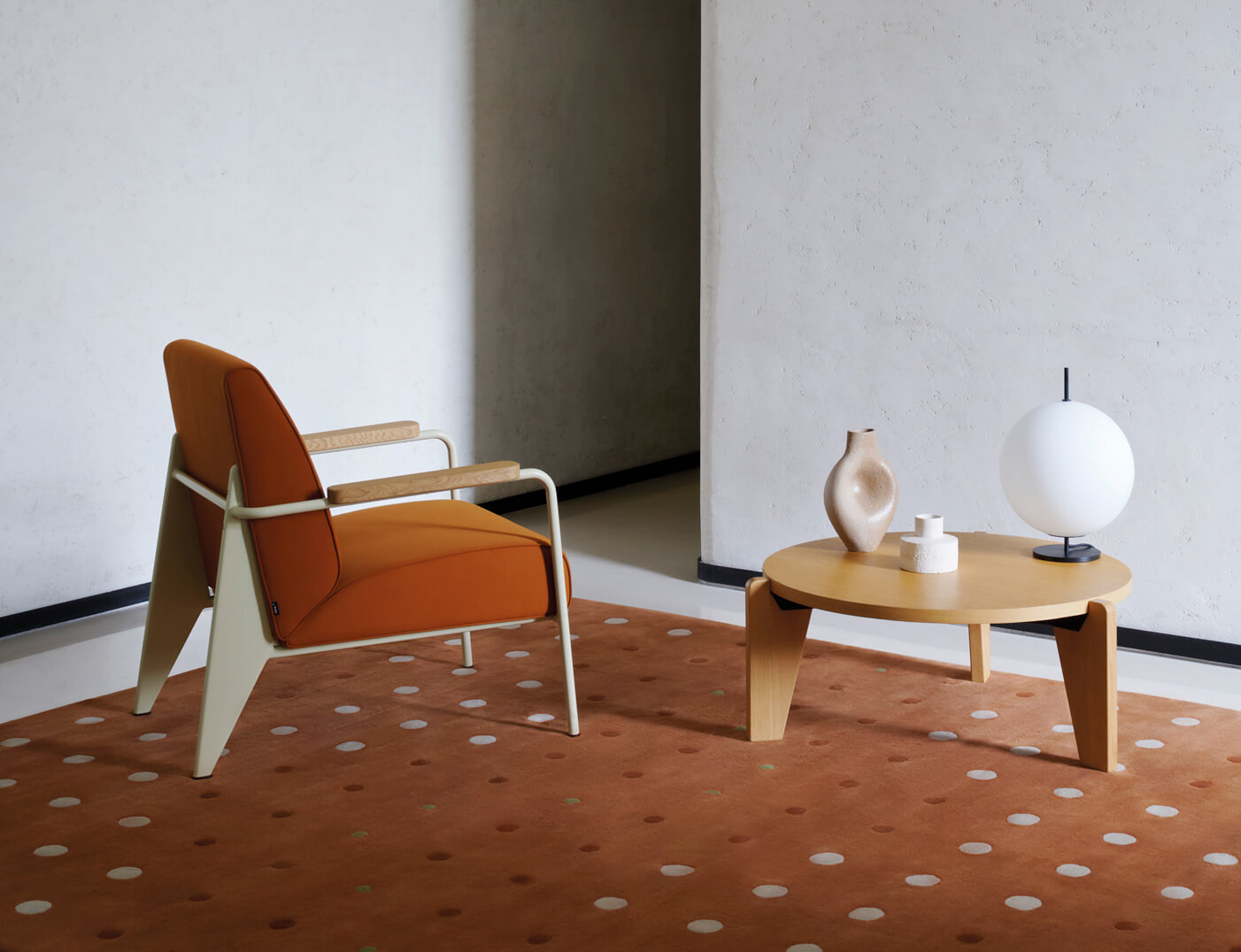 Amini, founded in 2014, originated with the precise objective of combining ABC’s skills and organization with the best of modern and contemporary creativity. The range of carpets, based on dedicated research and experimentation, finds its inspiration in distinct yet complementary spheres, from art to fashion, from craftsmanship through to design. 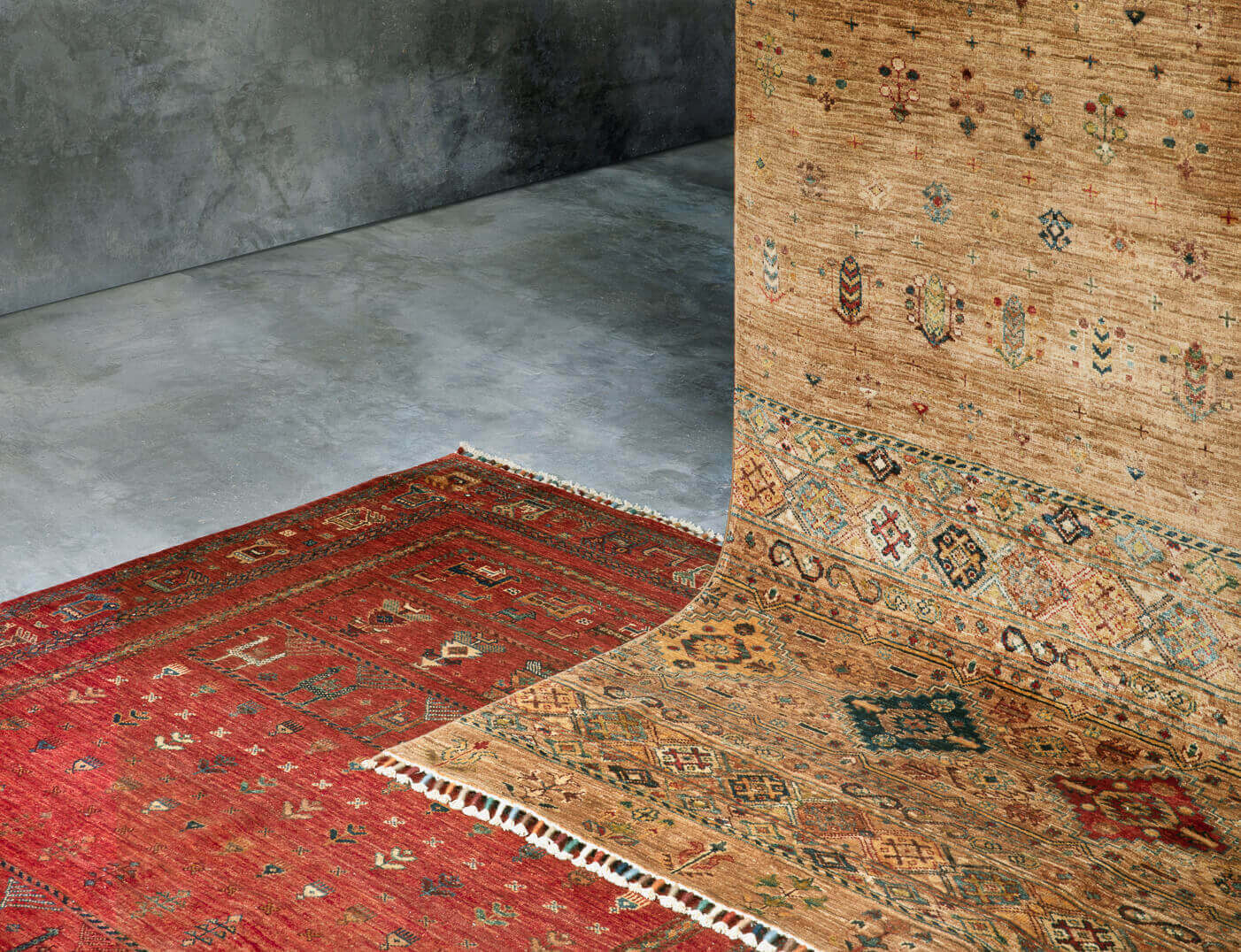 A collection that has its origins in the tradition of the classic carpet and accurately replicates its technical qualities and aesthetics. From the antique silk Persian carpet to the more recent production, destined to become tomorrow’s classic, the Loomier method accurately follows precise and time-honoured rules: the search for the best yarns to ensure the greatest softness and colour vibrancy, traditional craftsmanship to guarantee the absolute precision of detail. 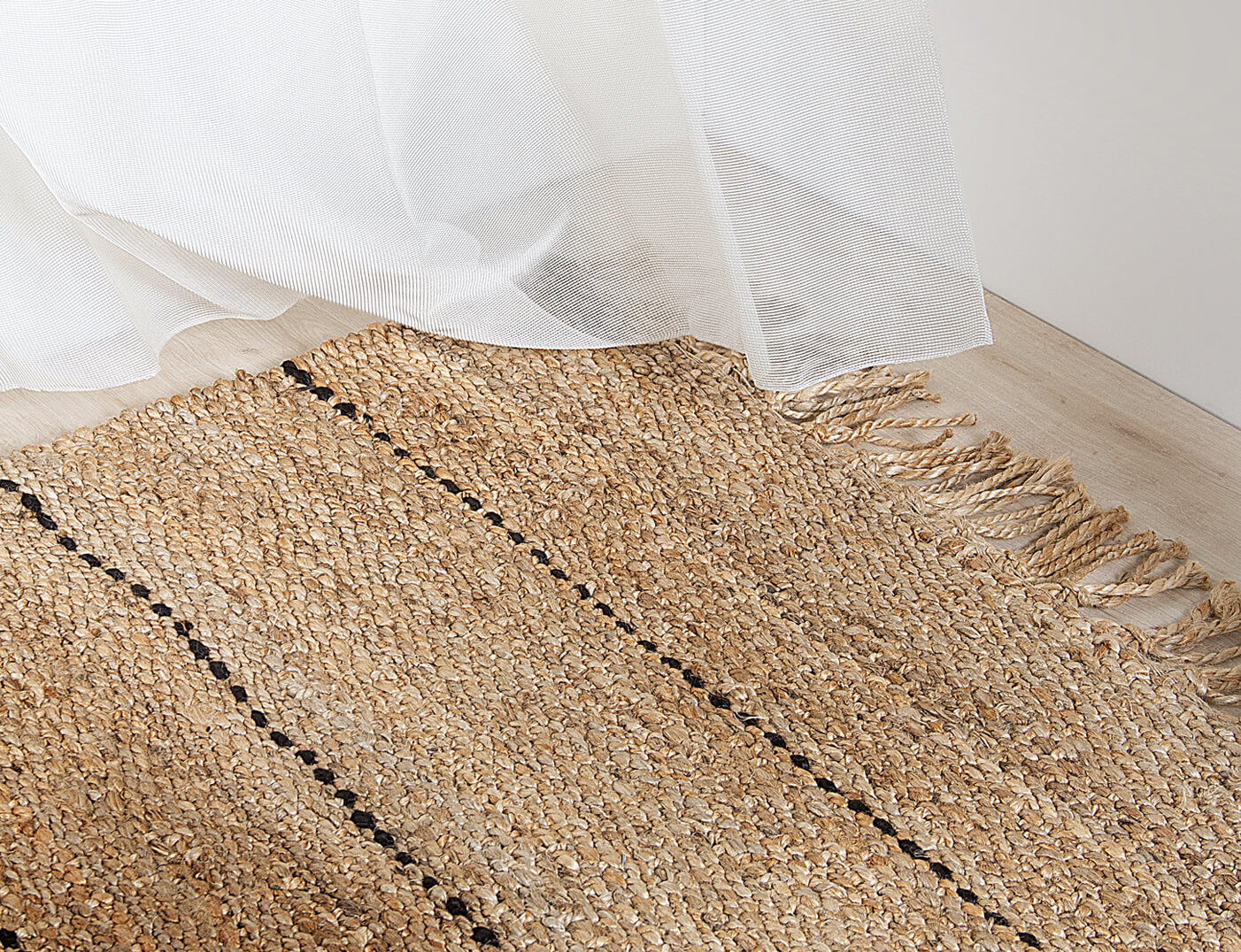 A collection that reproposes the kilim tradition in a free spirited and modern style. From the depictions of the most traditional designs through to the most current interpretations, every carpet is in fact made of pure wool, knotted according to the characteristic flat weaving technique, without any signs of fleece. 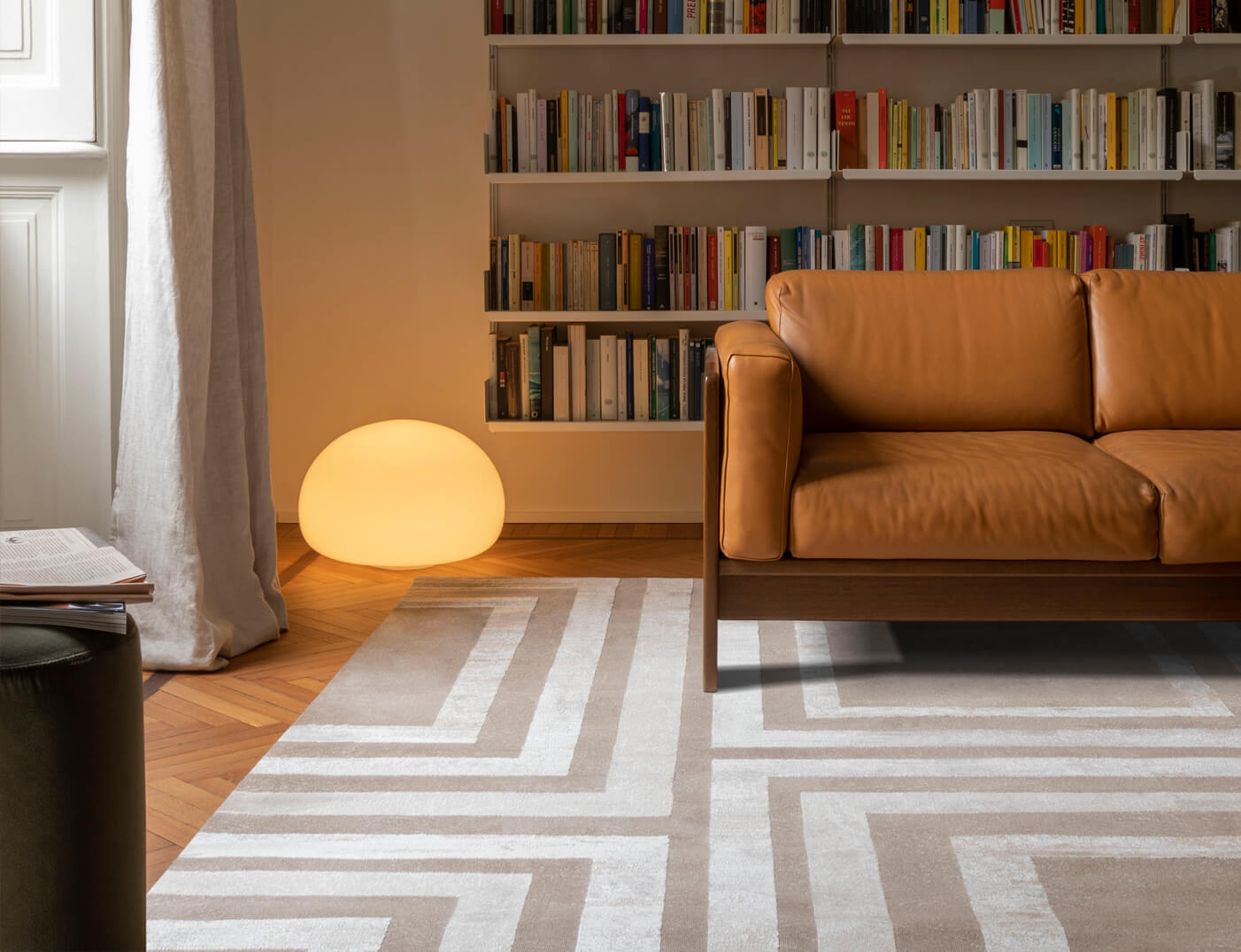 The objective of Vivace proposal lies in observing the present in order to interpret contemporary decor: a wide array of carpets, from different collections, and varying in style, colour and technical characteristics in order to guarantee the greatest freedom of choice.